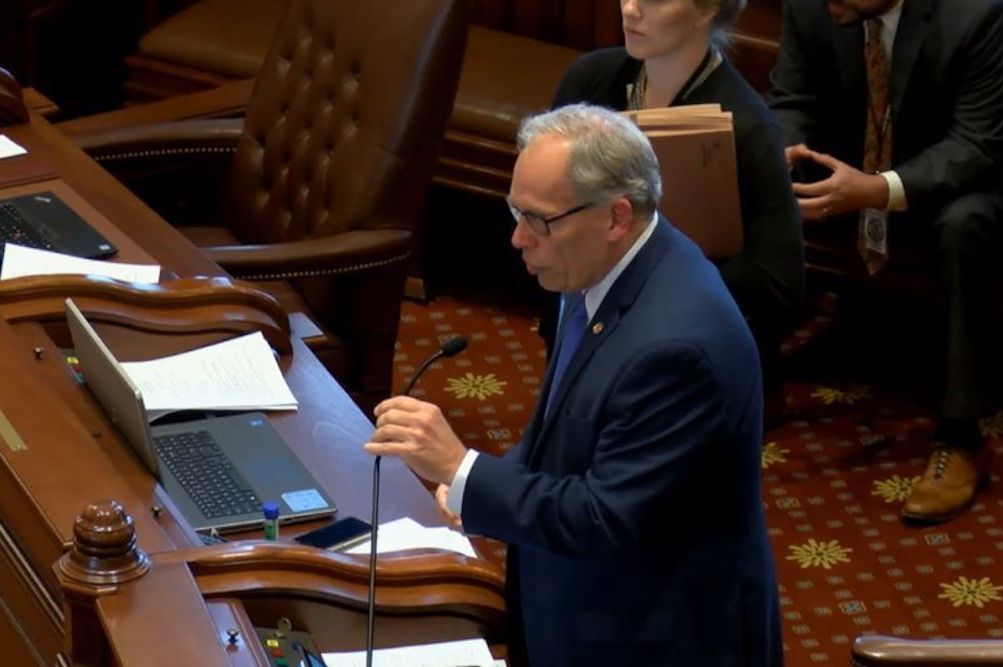 Senate Bill 667, which passed with 48 Yes votes and seven No votes, deals with capping out-of-pocket costs for 30-day insulin supplies. Syverson expressed frustration that there were already programs in place to help people buying insulin and that the information was not effectively being communicated.

"My concern with this legislation is that the cost of health care is driving many of them to drop costs or pass them on," Syverson said. "This is taking the pharmaceutical companies out of the equation. We’re passing the cost onto the insurance companies who will then pass it on to users."

Syverson said there needs to be more education about the savings programs.

"We would do better if we educated those who need these programs about the availability before we scrap that," Syverson said. "I appreciate what you’re trying to do, but I am concerned it is letting pharmaceutical companies off and passing costs to insurance companies and then ultimately to users."

Syverson also spoke in opposition to Senate Bill 1864, which would expand the Smoke-Free Illinois Act to include e-cigarettes. Syverson said that while he understood Sen. Terry Link's (D-Waukegan) passion about the issue, he did not agree with the bill.

"This legislation would not allow someone to vape inside a vape shop," Syverson said. "We do that for tobacco – where you can test out tobacco in a tobacco store. Why are we banning that in vaping but not tobacco?"

Syverson asked Link how he would feel if the House made that correction to the bill, to which Link answered that he would concur if the House sent it back.

The bill passed with 41 Yes votes and 11 No votes.

Want to get notified whenever we write about Illinois State Senator Dave Syverson (R-35th) ?

Sign-up Next time we write about Illinois State Senator Dave Syverson (R-35th), we'll email you a link to the story. You may edit your settings or unsubscribe at any time.